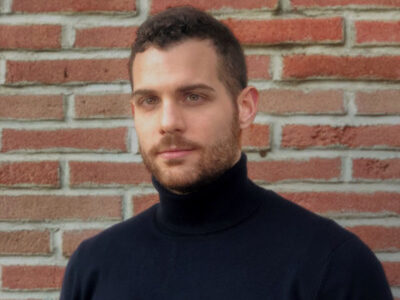 As the faithful Muslim can’t wait to peregrinate to Mecca and the Roman Christian to the Vatican, the hopeful and young filmmaker cannot wait to be in Hollywood. Three years ago, I had my once-in-a-lifetime opportunity. I was accepted into the American Film Institute Conservatory (AFI), one of the most prestigious film schools in the world, where some of cinema’s greatest artists have walked down its halls. Although cinema was not certainly “invented” here in the States, this country has given an enormous contribution to the art of filmmaking throughout the decades. Hollywood is synonymous with excellent craft and skillful storytelling. It’s the place to be.

Nestled in the Hollywood Hills, the AFI campus is its own world. An uncontaminated area where you breathe pure creativity and love for the arts, while observing a pack of deer. During my Masters course at AFI, I was taught how to be a smart and wise producer from the likes of Neil Canton (Producer of the “Back to the Future” Trilogy), Kevin Jones (Executive at Columbia), and Carol Bauman (Father of the Bride, 1991). I also acquired a better knowledge of how the film&TV industry works in the States and abroad. I had a chance of working with people from all over the world and our collaboration resulted in 7 successfully produced and screened short-films. One of these movies has been accepted in several film festivals around the world and made it into Cannes, a great reward for all the team that worked on it.

To study abroad has empowered me in my career and life. It has made me feel more confident and positive about what I can achieve and dream of. In the years, I have also found likeminded people and made life-long friendships. Today, I strongly feel to be a “citizen of the world”.